Mutations in the DNA sequence of a gene may impact the structure and function of the encoded protein, resulting in genetic disorders. To date more than 6.000 genetic disorders have been identified, affecting an estimated 350 million individuals. Increasing knowledge on the pathogenic mechanisms has revealed that a large number of genetic disorders are associated with destabilization and misfolding of the coded proteins.

Pervasive unstable or misfolded proteins are associated with a variety of diseases. The harmful effect of the misfolded protein may be due to: (a) ‘loss-of-function’, due to effective degradation of the mutant proteins by the quality control system, as observed in many genetic disorders, such as PKU, porphyria, and cystic fibrosis, or (b) ‘gain-of-function’, as seen in many neurodegenerative diseases such as Alzheimer’s disease, Parkinson’s disease and Huntington’s disease, caused by formation of toxic amyloid aggregates. 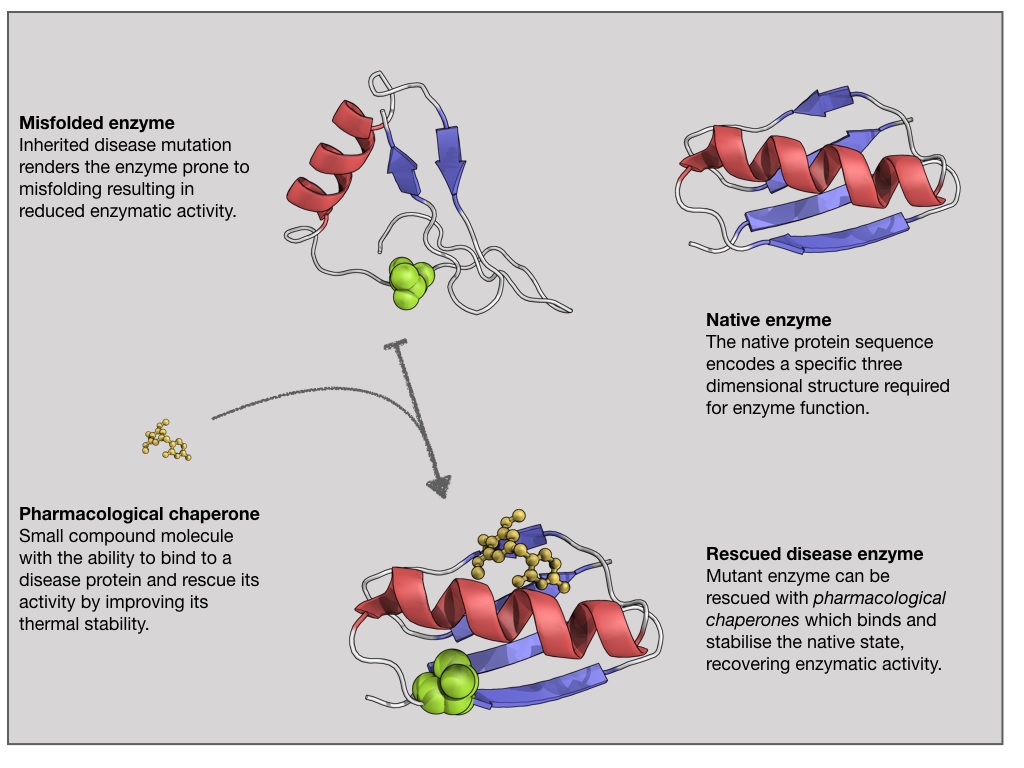 Developing effective therapies for rare genetic- or degenerative diseases has proven to be challenging. One particularly promising strategy is the use of pharmacological chaperones that are able to prevent and/or correct misfolding by selectively binding to key sites of the proteins. Recently efforts to develop pharmacological chaperones have been successful in both cystic fibrosis, a life-threatening disease affecting lung function and in Fabry disease, a rare genetic lysosomal storage disorder.

The research group at the University of Bergen (UiB) was the first to envision and prove the potential of a pharmacological chaperone approach for the treatment of PKU. The research of this group on pharmacological chaperones, and on PKU in particular, has been highlighted in a number of top impact journals including Nature Reviews Drug Discovery (7-2008) and Science-Business eXchange (1 2008), among others.